Exploring the Messinese Territory in Sicily 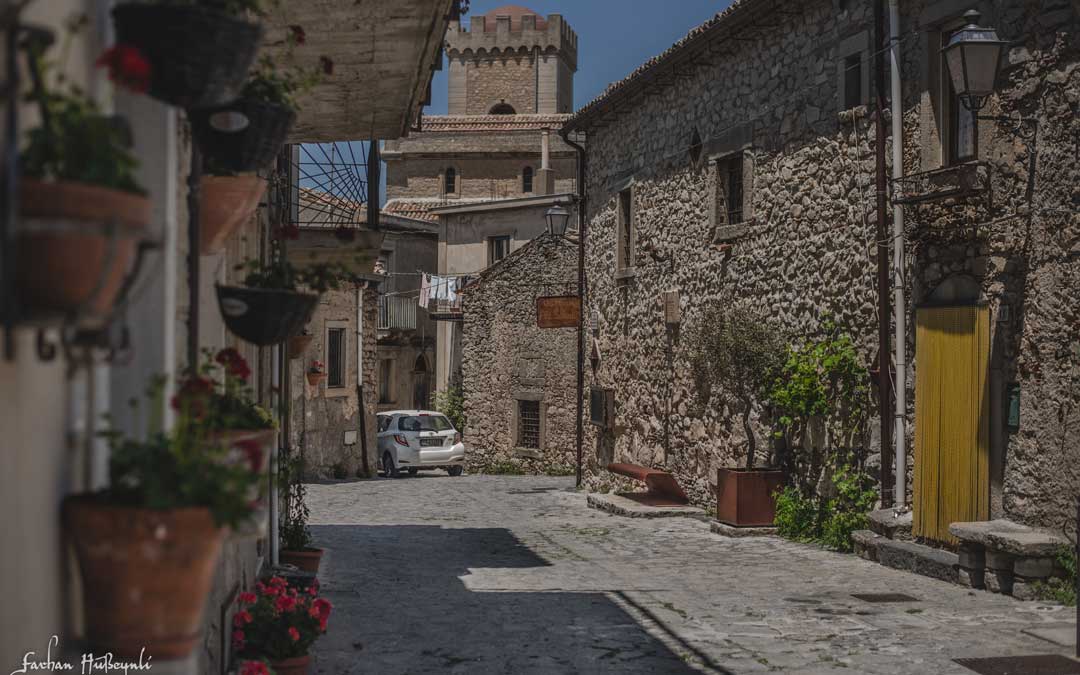 Do you know that feeling when you get lost and then end up stumbling upon an unknown, wonderful place to visit? This sensation of wonder and excitement is exactly what we aim to make our clients feel, whether they are leisure groups looking for tailor-made holidays or companies who need to organize a successful corporate event or a team building. Among our many hidden gems across Italy, today we want to talk about the Messinese, the territory around the town of Messina in Sicily.

The Messinese extends in the north-eastern corner of the island, just opposite the region of Calabria in mainland Italy. It features one famous city, Taormina, which has been a tourist destination since the 19th century. This is the perfect example of a destination with one known attraction while the rest of the territory is completely overlooked.

How can you reach this area of Sicily? The best option is to arrive by airplane in the international airport of Catania-Fontanarossa, and then either get local transport connections to Milazzo or request a private transfer service. Whether you arrive from abroad or from other Italian destinations, Italian Special Occasions DMC is at your service to take care of all the details of your Sicilian experience, transport included.

Now let’s uncover some of the gems in the Messinese. 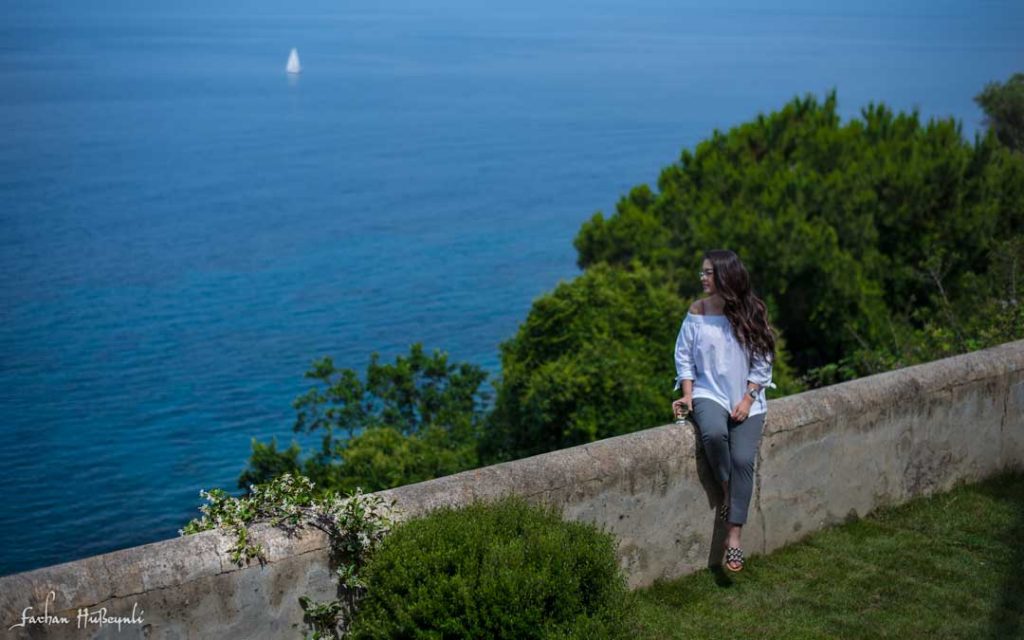 North, along the Tyrrhenian Sea

We begin our journey on the coast that faces the Tyrrhenian Sea. Milazzo was founded by the Greeks around the 7-8 Century b.C. and was part of many important historic events, from the first Punic War (260 a.C.) to the Battle of Milazzo (1860) between Giuseppe Garibaldi’s volunteers and the troops of the Kingdom of Two Sicilies. Inside the ancient fortified city, you can find the beautiful Duomo Antico, built between 1608 and around 1700 on designs by Camillo Camilliani, a student of Michelangelo. Extending over 7 hectares, the big protagonist is the Castello di Milazzo. It was initially built by the Arabs in 843, then enlarged by the Normans, the Swabians, the Aragonese and the Spanish.

After a full-immersion of history and architecture in Milazzo, it’s time for plunge in the relaxing and awe-inspiring Mediterranean landscape of Capo Milazzo. This is the northern tip of the promontory that divides the Gulf of Milazzo and the Gulf of Patti. In addition to the Marine Reserve, which was instituted in 2018, this strip of land includes the fascinating Sanctuary of Sant’Antonio da Padova dug in a cave, a military lighthouse from the XVI century, and a fortified citadel from the 1200s.

*Behind the scenes* when Laura from @italianspecialoccasions and Farhan @husseynli interviewed Vincenzo, local farmer, for the documentary. Filmed on the grounds of @bioagriturismoantica, Vincenzo explained bio farming. In this photo you can spot the focus on a ladybug eating a parasite from the plant and this to demonstrate how their products are all bio certified #sicilyoffthebeatenpath

Not far from Milazzo, there are three beautiful villages that you cannot miss: Castroreale, Montalbano Elicona and Tindari. The former is a place full of history, artworks and churches with a beautiful view. Make sure to taste the local specialties… cookies! Called u biscottu castricianu or u biscottu da badissa, their recipe was kept a secret by the Poor Clares of the local Monastery of Santa Maria degli Angeli for a long time. Montalbano Elicona features medieval street architecture and a castle built in 1233 by the Emperor Frederick II. You will be surprised by the nearby megaliths of Argimusco, the “Stonehenge of Sicily”. Tindari is located on the promontory of the Nebrodi mountains, offering dramatic views of the sea and the Nature Reserve of the Marinello Lakes. Here you can admire inspiring archaeology sites and natural landscapes, and learn about the local legends about how the lagoon was formed and on the origins of Tindari’s Black Madonna.

Proceeding westwards along the coast, take the turn to San Fratello, a village at 640 meters above sea level, from where you can undertake excursions in the Monti Nebrodi and reach peaks up to 1500 meters a.s.l. The most bizarre thing about San Fratello? The unique dialect of gaulish-italic origin, which is completely different from the traditional Sicilian dialect, and mixes dialectal elements from Piedmont, Liguria, Lombardy and Emilia Romagna. This area within the Nebrodi Park will amaze you with is marvellous panoramas, crystal-clear and pure springs, dense woods and clearings.

East, along the Ionian Sea

The Peloritani are a mountain range extending for some 65 km in north-eastern Sicily. Its highest mountains are Montagna Grande (1,374 m) and Rocca di Novara (1,340 m). These and many more majestic peaks alternate with ridges and ravines. The deep gorges are home to the typical rivers of this land, called Fiumare. Another unique feature is the ancient military path called Dorsale dei Peloritani, extending for 70km along the ridge line from Monte Dinnamare to Rocca di Novara. It winds along a scenic and picturesque route overlooking the Tyrrhenian and Ionian seas, ideal for high-level mountain biking and trekking.

We then move to Savoca, one of those postcard-perfect villages where time seems to stand still. It was one of the movie sets for The Godfather by Francis Ford Coppola. Remember the scene where Michael Corleone asked Apollonia’s father to meet his daughter? That was filmed in Bar Vitelli, which is still a functioning establishment.

We are very honoured to work with @husseynli and admire his ability to capture the true essence of a place and tell authentic and compelling stories 🇮🇹 Here you can see the beautiful Savoca, an old beautiful town in the Province of Mesinna in Sicily. Steeped in history, is one of the most beautiful Italian villages where you can go back to the roots of religion, cuisine, art, architecture and culture and explore #sicilyoffthebeatenpath 📸 @husseynli #eventprofs

Then we enter the northern border of Mount Etna, which is under the province of Catania, yet it is so close to Taormina and the Messinese that we recommend exploring it as part of your tailor-made holidays or incentives trip in Sicily.

Linguaglossa is an amazing ski resort in winter, but the city has much to offer year-round historically, artistically and naturally. Don’t miss the Mother Church from the 1600s, with a façade that combines lava and sand stone; and adventure yourself in the Lamponi Grotto, one of the most beautiful ones and the longest on Mount Etna.

Next is Castiglione di Sicilia, where you will be mesmerized by “U Cannizzu“, a sandstone tower built between the 12th and 14th century. It became the first stronghold to be conquered by Frederick II, King of Sicily, when he overtook the feudal town in 1301 defeating Roger of Lauria.

Proceeding along the road that borders Mount Etna, we reach the stunning Randazzo. Apart from its ancient history, this town was the scene of the latter phases of Operation Husky during the Allied invasion of Sicily in World War II.

We end our journey with a foodie stop in Bronte, where you can taste the famous pistacchi. This tasty delicacy is so important to the local economy that it has been nicknamed “green gold”. Known in Sicilian dialect as scornabecco, spaccasassi and fastuca (among many other names), it obtained the European Union P.D.O. certification in 2009 thanks to its nutritional and organoleptic properties. Bronte is also the perfect place where to learn about myths of the ancient cyclops that used to live around here!

Sicily off the beaten path

In this article we gave you just an idea of how surprising and rich unknown territories can be, and how many things you can do for both leisure and corporate groups. What is important is to understand and respect the territory and local culture, putting together travel itineraries that are environmentally and socially sustainable, and that respect seasonality. To promote this type of educated travel, Italian Special Occasions has been working on various initiatives.

One project involves the creation of different activities to be enjoyed throughout the year, experiences that help not to spoil the territory and that support local artisans and businesses. This innovative approach will be promoted through a platform for sustainable travel called Creative Italy, which will be launched in November 2018.

The other project, as we announced some time ago, is that Italian Special Occasions DMC teamed up with video reporter Farhan Huseynli and digital influencer and destination marketing specialist Irina Graf, to create a documentary about the Messinese. As a team we want to make a change and educate the wider audience of event planners, suppliers and tour operators about the way of travel and event planning. The aim is not to bring mass tourism to the area, but to educate tourists to travel at the right time, to respect local traditions and culture.

While our documentary is being finalized, we are proud to show you just a teaser, with a hint of how passionate the locals feel about their beautiful territory.

We created an Instagram account to show you the “behind the scenes” of the documentary, and to give you glimpses of the territory and the locals. Through Farhan’s beautiful photography, you can appreciate how important it is not to spoil a territory with uneducated tourism. Follow @sicilyoffthebeatenpath on Instagram.

You can read more about the project on our blog “#sicilyoffthebeatenpath: a documentary about sustainable travel and event management” and on this insightful article by Irina Graf “Over-tourism and the MICE industry – looking for solutions”.

#sicilyoffthebeatenpath: a documentary about sustainable travel and event management