Wedding Anniversary in Sicily: the story of Barbara & Shelly

They hail all the way from San Diego. They enjoy Italian literature, particularly the works of Sicilian writers such as Giuseppe Tomasi di Lampedusa (Il Gattopardo) and Andrea Camilleri. When they travel, their wish is to broaden their already rich cultural horizon, and to be treated as locals – not tourists. Please meet Barbara and Sheldon (alias Shelly)! They decided to celebrate their 56th Wedding Anniversary in Sicily and contacted Italian Special Occasions DMC (ISO) for the ultimate local experience. Their journey in the island lasted 20 days, and they were thrilled to share their feelings, experience and photos with us.

Like many other travelers who have visited Sicily, its ancient landscapes and timeless traditions, Barbara and Shelly noted that:

“Sicilians have a joy of life, an exuberance and a sense of life fully lived that we have not encountered elsewhere.”

Even though they were on the island for only 20 days, they had the opportunity to experience the “real Sicily”. How? By talking to and interacting with “Siciliani DOC”, or in other words, locals.

In order for their wedding anniversary journey to start in the most authentic and local way possible, we at ISO prepared the “Meet the Locals” experience. Barbara and Shelly were guests in an ancient house located in a small village in Milazzo’s countryside. Here they met a number of locals: Giuliana, Fanny, Josette, Filippo, Margot, Carlo, Chiara, Anna, Maurizio and Elisa!

There were constructive and interesting conversations that took place during the aperitivi in the garden.

“We spoke with the people of Sicily, heard about their pleasures in living there, and also about the frustrations that many young Sicilians have about their future.”

Shelly and Barbara had a lot of questions for the Milazzesi (or inhabitants of Milazzo) regarding their traditions and culture, while the locals were curious to know about how Americans envision Sicily. The couple’s answer was a bit sad, as they confirmed that Sicily’s image is still tied to the movie of “Il Padrino”. That is pure fiction: the real Sicily is quite a different world! Of course, the cultured couple already knew that, but their wedding anniversary in Italy allowed them to experience the real Sicily in a surprising way with their Five Senses.

The storytelling continued in the kitchen, where our Guests listened to the origins of the local recipes that were being prepared for them. And then it was time to activate their taste buds: lunch was an explosion of flavors and colors!

Barbara and Shelly witnessed another colorful blast in the streets of Milazzo. In fact, during the first week of May, the villagers were celebrating one of the most traditional and ancient local events: the Festa di San Francesco di Paola. The statue of the saint is carried by 20 people along the flight of steps of the ancient hamlet, as locals throw roses from their windows and from the streets. The inhabitants of Milazzo feel very strongly about Francesco, who was a humble priest that helped the local community in the 1400s. Today, he is the protector of sailors and sea people. Quite amazingly, many young people are tied to the traditional event, which is therefore a true reflection of local identity. The event lasts more days, and includes paying tribute at the Sanctuary of St. Francis of Paola (built in 1465), live music, prayers, as well as a sea procession of the Saint’s relic (a symbolic crown made of bay tree leaves) that is placed on a boat and blessed at sea.

Upon returning to San Diego, Shelly wrote down some more thoughts…

Barbara and Shelly loved exploring the colorful streets of Catania, as well as hidden gems. For example, inside the walls of the beautiful Ursino Castle, they found the itinerant Museum of Madness, with quite surprising exhibits. Outside, they were captivated by the food markets with delicious seasonal local products.

The couple fell in love with the beautiful, creative ceramics of Caltagirone. The pottery tradition is so old here, that even the town’s name derives from an Arabic word meaning the Fortress of the Vases. You can read more about historic ceramics in our article “The clay boot: pottery itineraries in Italy”.

Apart from Catania and Caltagirone, they visited other Late-Baroque towns of the Val di Noto, which are collectively a UNESCO World Heritage Site. When strolling in the historic centers of Noto and Ragusa, Barbara and Shelly were mesmerized by the high level of architectural achievements and distinctive innovations in urban planning. The historic wonders mixed with the modern-day street artists, colorful fashion of the youth, and the warm smiles of locals.

“Sicilian food was as delicious as its reputation, and I only gained 4 pounds which I have to work off.”

Shelly really excelled with his culinary skills and graduated with honors during the Sicilian cooking class! He prepared local dishes with friendly chefs who explained the history and characteristics of the dishes being prepared. After the lesson, his culinary creation was paired with local wines and served for dinner along with other local delicacies!

Apart from food, traditions and historic buildings, Barbara and Shelly were struck by the natural beauty of Sicily. They had the chance to visit the summit and surroundings of Europe’s tallest active volcano, Mount Etna. The Martian-like landscape was just as seducing as the dazzling Nebrodi National Park and Mediterranean coast.

Sicily’s outstanding variety of urban and natural landscapes, intricate history and interesting cultural mixtures, has led the British Museum to honor the island with a temporary exhibition called “Sicily: culture and conquest”. If you happen to be in London, we surely recommend visiting the expo. However, take Barbara and Shelly’s word for this: if you can, visit and experience Sicily like a local!

And now you can experience Shelly’s and Barbara’s experience through their eyes with more photos: enjoy the gallery! 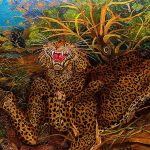 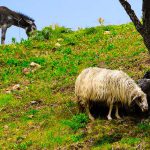 “Your staff was not only excellent and expert, but also caring and helpful. The trip was a triumph not only of our determination to have a beautiful experience in spite of age and disability, but of how Italian Special Occasions DMC enabled us to do that.”

We would like to thank you, Barbara & Shelly, for sharing your story, thoughts and photos with us and our readers. We are thrilled to know that we succeeded in making your wedding anniversary unforgettable… Arrivederci!

Would you like to plan your wedding anniversary or any other special occasion in Italy? Are you tired of mass tourism and would like to explore destinations that are off the beaten path? Contact Italian Special Occasions DMC now for a bespoke experience!

Wine, castles and organic farms off the beaten track in Sicily Fall Destination Wedding in Italy, between grape & olive harvests