Tuscany has a vibrant and established Jewish presence both in its largest towns and in the countryside. In particular, Florence has one of oldest continuous Jewish communities in Europe, and one of the most influential in Italy.

Traveling along Jewish itineraries in this region offers an inspirational experience between history, art, spirituality and nature. Why not combine this kind of experiential travel with a special occasion that can be celebrated in Italy along with your family and friends?

Just imagine yourself enjoying a Jewish wedding in a beautiful Tuscan synagogue, in a castle or in an elegant villa overlooking the lunar landscape of the Crete Senesi. Or celebrating your children’s bar or bat mitzvah in Maremma’s “Small Jerusalem”. You can get in touch with your heritage, traditions and past not only during your special event, but also when exploring the surroundings: as you walk along the ancient cobblestoned ghetto streets, you can feel and envisage the medieval Jewish past of a local town, or other parts of its history.

Jewish special occasions can be organized in Tuscany or anywhere in Italy, taking place in amazing authentic venues and complete with the finest selection of Kosher catering services. And, of course, you should not miss the opportunity to discover and admire the intriguing history and Jewish remains. 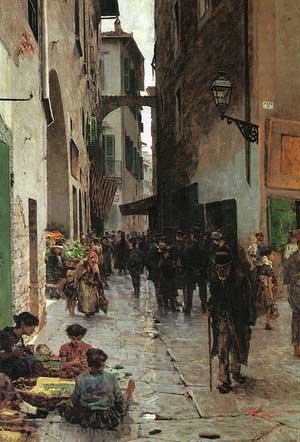 A bit of history

Evidence suggests that Jews have lived in Tuscany since the Early Middle Ages, although the community started to grow under the rule of the Medici family. In order to gain the sympathy of the Pope, the Grand Duchy of Tuscany confined the Jews to the ghettos, although some Tuscan families – such as the Orsini’s – gave refuge to this religious community. Many refugees left Florence and Pisa and reorganized themselves in smaller towns like Sovana, Sorano and Pitigliano.

In the early 1590’s, the Grand Duke of Tuscany – Ferdinando de’ Medici – signed the so-called “Leggi Livornine”, or Livorno’s Laws. According to these, all Jews who settled in the port town of Livorno would be guaranteed their freedom, including freedom to worship as they pleased. As a consequence, since the end of the sixteenth century, Livorno has been home to a large Jewish population. And, over the last few centuries, Jewish culture has become much more widespread both in the larger Tuscan towns as well as the more secondary ones.

The horrible course of World War II deeply affected all of Tuscany’s population. Within it, the Jewish community suffered because of the Holocaust, of Nazi vandalization of Jewish properties, and of the bombardments, which – for example – partially destroyed Livorno’s famous synagogue.

Today, the Tuscan towns that still have a large and active Jewish community are Florence, Livorno and Pisa. But there are also smaller gems scattered around the region… let’s find out where!

Florence is home to the famous Jewish Museum, which offers a rich learning experience through guided visits, workshops and educational meetings for the public, including programs for families. The beautiful Tuscan capital also hosts an important Synagogue built in the second half of the nineteenth century. Nothing remains of the ancient ghetto that was destroyed during the city’s urban renovation work in the 1800s, and that is today occupied by the regal Piazza della Repubblica. To have an idea of what it looked like, you can visit the Museum called “Firenze com’era” (How Florence Was), where 19th-century paintings by Telemaco Signorini illustrate the ancient ghetto area (see image on the left). The Monumental Jewish Cemetery, which was active between 1777 and 1870, contains beautiful ancient tombs and funeral monuments, and opens to the public for guided visits once a month.

From left to right: the synagogues in Livorno, Florence and Pisa

Moving towards the sea, Livorno’s Synagogue is located in a modern building from 1962. It contains a beautiful 17th-century Haron. The original synagogue was destroyed during WWII, however if you want to see its old furnishings you can visit the Yeshivà Marini Museum, where exhibits include a noteworthy wooden hekhàl, and works of embroidery. If you love art, head to the Fattori Gallery, where you will find works by Jewish artists living in Livorno in the 19th-20th centuries. Modigliani’s birthplace can also be visited. Livorno’s two Jewish cemeteries contain a number of beautiful, ancient tombstones, important tombs and family mausoleums.

The first ever Jewish community in Tuscany settled in Pisa around the middle of the ninth century. Ancient synagogues were replaced at the end of the sixteenth century by the one that is still active today. You can visit the cemetery located near the Leaning Tower, featuring noteworthy tombstones created with highly skilled workmanship. Pisa, like Livorno, has no ghetto to visit, as these were the only Jewish Communities in Italy that were not forced to live in such places.

In Siena, instead, it’s still possible to view traces of the city’s ancient Jewish ghetto in the Contrada della Torre neighborhood.  The town’s synagogue was designed by Giuseppe del Rosso in 1786. Inside there are a number of rare fabrics called “Indians,” as well as Jewish ritual items of the Guadagni family. Opposite the synagogue, the Via degli Archi fountain was famous throughout the ghetto because it supplied the residents with water.

Some small villages around Tuscany also treasure sights and heritage that are important to the Jewish history. Once example is Monte San Savino in the province of Arezzo, which was home to a thriving Jewish community for two centuries. The small town was also the birthplace of Salamone Fiorentino, the first Jewish poet to have a place in Italian literature. It is possible to visit the ex-Synagogue, located in an ancient building that included the school and the Rabbi’s house. In the next-door house, there is a stone seat popularly called “Rabbi’s throne”.

In southern Tuscany – also known as Maremma – there are three medieval villages perched on tufa rock, which were also important Jewish centers in the past: Sorano, Sovana and Pitigliano. The last one, in particular, is also called “La Piccola Gerusalemme” (small Jerusalem). Why? Here is how it was described by Abby Ellin of the New York Times when she first visited it:

“As I drove up the winding road to the hill town, 1,026 feet above sea level, I was reminded of the first time I saw Jerusalem. With its parapets, ceramic tile roofs and multitiered buildings perched on layers of red volcanic tufa stone, Pitigliano resembles a sparkling, pint-size Holy City.”

Here you can visit the Synagogue and the Ghetto, which was always well integrated in the historic town. A pleasant stroll allows you to see the ancient oven for baking unleavened bread and the Jewish Museum; while the Jewish cemetery is located outside the city walls. Pitigliano presents a tribute to ancient Jewish culture and life even in its wine production, as a kosher version of the famous local white wine is manufactured under the name of La Piccola Gerusalemme.

Have you ever considered enjoying Jewish special occasions in Italy with your family and friends? If you need ideas and assistance in planning and organizing an unforgettable event, contact us now!