Tuscany’s Via Francigena: a spiritual itinerary 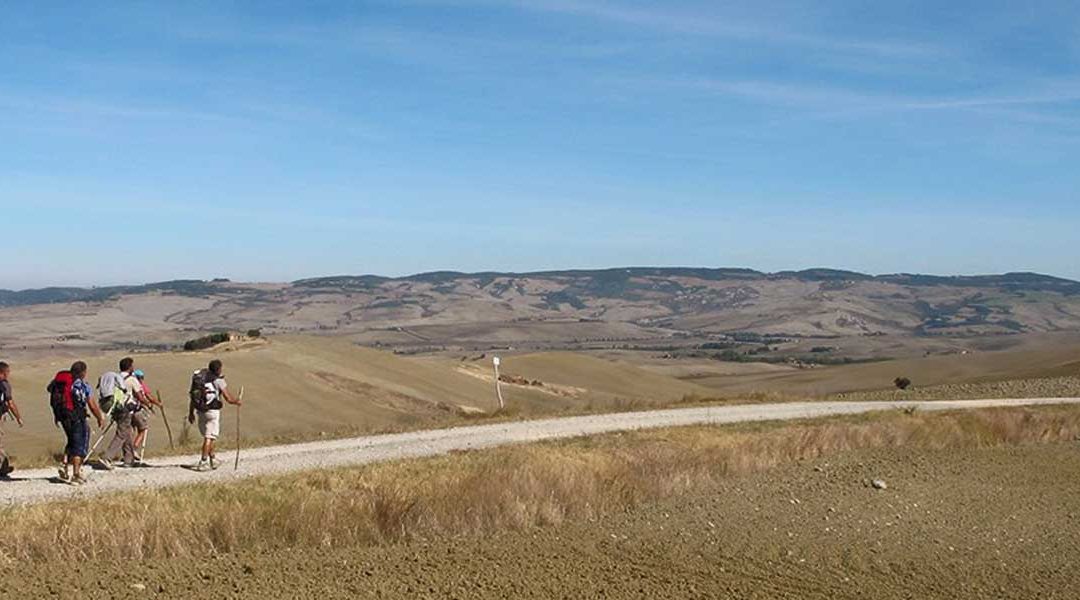 The Via Francigena (or Via Romea) is an ancient pilgrims’ route that goes from Canterbury to Rome. The route was particularly important during medieval times for those wishing to visit the Holy See. Documented for the first time in 990 by Sigeric, Archbishop of Canterbury, the historic path starts in England, then passes through France and Switzerland, to finally reach Italy.

Even if you are not a devout pilgrim or a Catholic, we believe that visiting some parts of the Via Francigena will have an amazing, positive impact on your spirituality and way of perceiving history and culture. Why?

“The Via Francigena was a path of communication that contributed to the cultural unity of Europe in the Middle Ages.  Along it passed people and goods, but also knowledge and experience, moving with the slow pace and consideration attributed to those who travel on foot. A rhythm, which also allows a modern pilgrim a better understanding of the landscape, of history and of the nations of the past and present.” [Alberto Conte]

In other words, this historic route allows you to experience Slow Travel in a unique, authentic way, better appreciating the roots of our culture, local works of art, as well as the heritage of the people we meet along the way.

Exploring the Via Francigena with family & friends can be an enriching, fun adventure. This image, as the main one above, are from viefrancigene.org

The Via Francigena offers amazing views and experiences across Europe – and particularly through Italy: from the pastures of the Valle d’Aosta to the rolling hills of Emilia Romagna, from the sweet Crete Senesi in Tuscany to the volcanic lakes of Lazio.

In today’s post we will focus on three of Tuscany’s many itineraries along the Via Francigena. Traveling along this historic route will make you realize how the road has influenced the fabric of the villages that have developed along it!

The area known as Crete Senesi (literally “Senese clays”) consists of a range of hills and woods with a distinctive gray coloration of the soil that gives it a lunar appearance. It lies between the villages of Asciano, Buonconvento, Monteroni d’Arbia, Rapolano Terme and San Giovanni d’Asso, in the territory of Siena. The uniquely beautiful landscape has inspired poets, artists and photographers.

The Via Francigena in the Crete Senesi area starts in Ponte d’Arbia and leads towards Pieve di Sant’Innocenzo a Piana. One of the main stops here is the town of Buonconvento, a fortified city that historically was home to three hospices. It is still an important stop on any pilgrimage and a window onto the beautiful panoramas of the Val D’Orcia. Foodies will love one of the local specialties: the carciofo di Chiusure is an artichoke named after a local town. These artichokes are unusual because they are dark and elongated, with red-wine colored leaves. As in the past, locals sometimes use them for health reasons (it benefits the liver) and as a diuretic. The area is also known for the white truffle and extra virgin olive oil, as well as pecorino cheese. Apart from the senses of sight and of taste, in this area you can rediscover textures and touch by visiting Rapolano Terme. This town is known for its ancient thermal baths of Antica Querciolaia and Terme di San Giovanni (both open year round) and for its travertine stone – a feature that has played a fundamental part in the local economy, social structure and artistic genres.

You bet. Tuscany is not only about gentle, rolling hills like the Chianti Shire or exotic beaches like the Maremma. It also features amazing mountains and ski resorts in the Monte Amiata area. You can enter this territory through the fortified town of Bagno Vignoni, located in the Val d’Orcia Nature Park. The local thermal waters were found thanks to the town’s position on the Via Francigena, and have been used since Roman times. They gained particular fame during the Renaissance, when Lorenzo the Magnificent was a frequent guest. 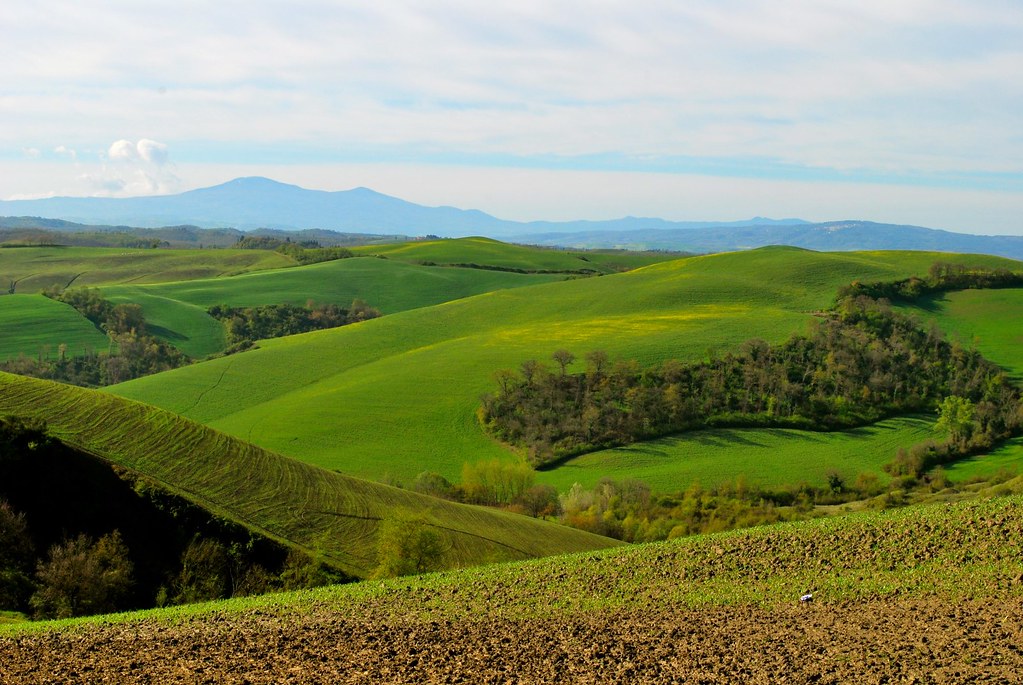 The mountainous area takes off in the villages of Abbadia San Salvatore, Arcidosso, Santa Fiora and Seggiano – and offers lovely sensorial itineraries along the Via Francigena.

Discover the unique smell of Christmas in Abbadia San Salvatore, where over 40 large woodpiles are lit on fire during the night of 24 December. Listen to the harmonies in the medieval town of Arcidosso, which hosts the InterHarmony International Music Festival. And, of course, this is a gourmet heaven. In particular, the area is famous for the Castagna del Monte Amiata: these local chestnuts have obtained the IGP (Protected Geographical Indication) label.

The Sacred Forests of the Casentinesi Park

On the border between Tuscany and Emilia Romagna, the Via Francigena enters the National Park of the Foreste Casentinesi, a beautiful nature sanctuary that offers numerous activities and travel routes. One of the most amazing is the 100-kilometer trail along the Sacred Forests. As the name suggests, this area features silent sceneries and fascinating places such as the Acquacheta waterfall, which was even mentioned in Dante’s Comedy.

Love history and archaeology? Then you must stop at Lago degli Idoli, an important archaeological site on Monte Falterona. The Etruscans considered it a sacred mountain, and would throw their offerings in the lake. Another beautiful attraction is the town of Castagno d’Andrea, birthplace of Renaissance master Andrea del Castagno and surrounded by century-old chestnut trees.

The Casentino valley is famous for its artisanal traditions: here you learn about the art of weaving, and get to touch the textures of the Panno Casentino, a typical local wool fabric. Even though its humble origins are tied to the clothing of the Franciscan friars, it is now used in high fashion!

Have you ever visited the Via Francigena in Italy or abroad? What was your experience like? Share below!

If you would like to learn about more itineraries, and about how to integrate them in your next Italian special occasion to create an unforgettable event, contact us now