The real story behind “Fettuccine Alfredo” 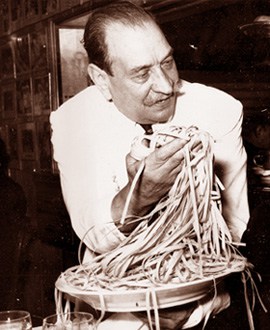 Some time ago we published a post on Common Mistakes about Italian Cuisine, in which we explained that the ‘Fettuccine Alfredo’ never became as popular in Italy as they were (and still are) abroad. We also said that it is not that easy to find this dish in Italian restaurants… but guess what: today not only will we explain better the history behind the recipe and its creator, Alfredo di Lelio, we will also tell you where to enjoy the best, authentic Fettuccine Alfredo when visiting Italy!

The ‘Fettuccine all’Afredo’ (this is the correct way of calling them in Italian) were conceived in 1908 by Alfredo di Lelio: he had just become a father and wanted to find a healthy and nutrient dish for his wife, who was not doing so well following the arrival of their firstborn, called Armando (also  known as Alfredo II). At the time, Alfredo was working in the small restaurant owned by his mother in Rome, located where today you would find the Galleria Colonna on Via del Corso.

Alfredo prepared the pasta with his own hands and added the mix of butter and fresh Parmesan which characterize the dish. His wife, Ines, loved the new recipe and suggested him to add it on the restaurant’s menu. The success was immediate, and the Chef was able to open his own restaurant “Alfredo” in 1914, always in Rome.

His success was confirmed by one of the most relevant moments in Alfredo’s professional life: in 1927 the famous silent-movie actors Douglas Fairbanks and Mary Pickford ate at his restaurant during their honeymoon in Rome, and loved it so much that they gave him two golden tableware as a tribute to his friendly welcome and delicious cuisine. The golden fork and spoon were engraved with the following words: “to Alfredo the King of the noodles”. 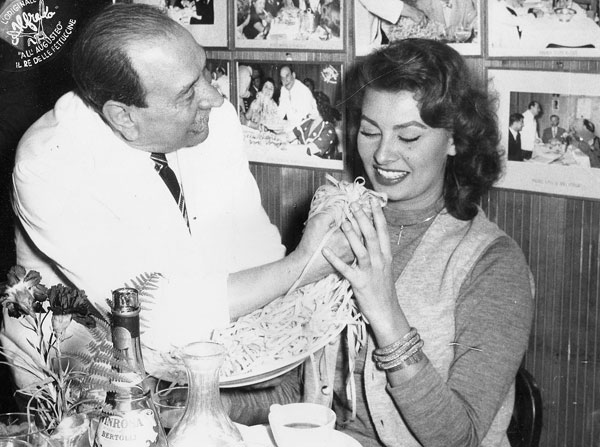 Di Lelio sold the restaurant during the war (1943), and then – thanks to his family’s support – reopened it in 1950 with his son Armando, calling the place “Il Vero Alfredo” (The Real Alfredo), located in Piazza Augusto Imperatore n. 30, Rome. And this is where, still today, you can enjoy the real deal! In fact, the Di Lelio family tradition continues thanks to Alfredo’s grandchildren, Alfredo III and Ines, who manage the business. 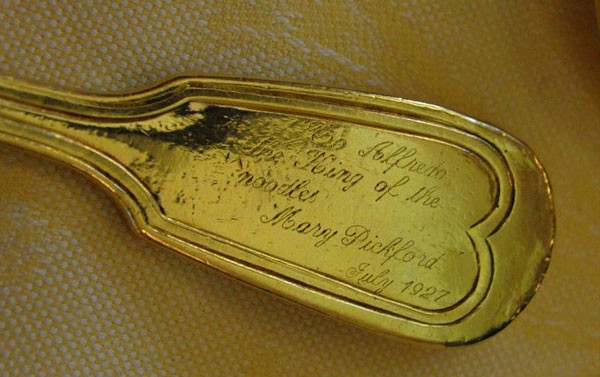 Il Vero Alfredo appeared in Woody Allen’s movie “To Rome with Love” (2011) and has been registered in Rome’s list of “Historic Shops of Excellence”. The family tries to share the Di Lelio’s traditional recipes through a franchise (that includes official restaurants in Mexico, Brazil, USA and even Dubai). But not all ‘Alfredo’ restaurants belong to the “Il Vero Alfredo”, so keep an eye out for imitators!

We would like to thank Ines di Lelio, who has kindly provided us with the facts and photos for this post. ilveroalfredo.it

Jewish Rome, between history and authentic cuisine Wedding Anniversary in Sicily: the story of Barbara & Shelly