A bit of history…

The Jewish community in Rome dates as far back as 161 BC, making it one of the oldest Jewish communities in Europe. It is thought that trade links, coupled with the harmonious way in which many communities coexisted in the city at the time, attracted many Jews to Rome.

Following the destruction of the Temple in Jerusalem at 70AD many Jews fled to the relative safety of Rome. The Jewish community became well established and was able to live freely for a great number of years, until the growing movement towards Protestantism in northern Europe created suspicion within the Catholic Church.

Pope Paul IV became increasingly antagonistic towards non-Catholics, and in 1555 he decreed that all Jews should be forced to live in a designated area which became known as ‘Il Ghetto.’ The community soon faced restrictions on the type of jobs they could carry out, as well as travel in and out of the gated zone. The Jewish community faced many hardships, and as the population of the ghetto grew, living conditions deteriorated. The proximity of the ghetto to the river Tiber meant that much of the area was prone to frequent flooding.

With the reunification of Italy in 1870, the ghetto was demolished and Rome’s Jewish community regained full citizenship. Sadly we know more horror was to follow with the rise of fascism and the second world war, and although many Italians tried to hide and protect Jewish friends and neighbours, tragically large numbers of Italy’s Jewish population faced the concentration camps.

Today Rome’s Jewish population thrives once more. It is still possible to see many remnants of the first generation of Jewish Romans, with the oldest synagogue in Europe Ostia Antica located in the suburbs of Rome. 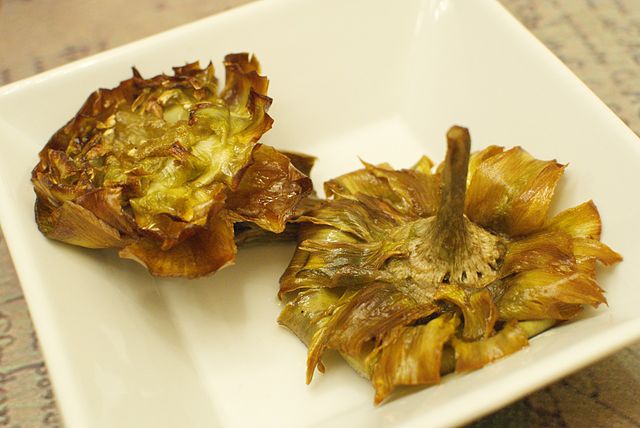 The old Jewish ghetto is now a well known spot for food lovers. The myriad of restaurants dotted around the area are a feast for the senses. The smells emanating from the many restaurants offering authentic Roman Jewish cuisine, the feel of the ancient walls and the taste of dishes such as the famous carciofi alla giuda, help to embed the strong ties between Rome and it’s Jewish community.

This dish is a perfect example of the intertwining of both Italian and Jewish cultures and cuisine. Carciofi alla giuda, literally ‘Jewish artichokes’ was in the past eaten by many of Rome’s Jewish community during festivals and holidays. The artichokes are deep fried whole, and once cooked resemble small flowers.

Caponata is a type of ratatouille using aubergines (or egg plants depending on whether you are from the UK or USA!). The dish originates from Sicily and there are many variations of this dish. Many Jews fleeing the inquisition and persecution took this dish with them from Sicily to mainland Italy. Although the dish may not have originated from the Jewish community in Sicily, this dish became a staple for many Jewish Romans and continues to be so. This authentic piece of Italian cooking can be served as an appetizer at room temperature and so is a popular Sabbath dish. 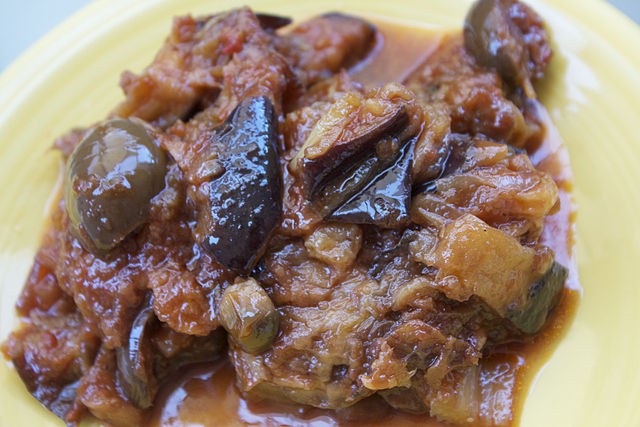 Let us show you something different…

For those of you who are seasoned travellers, or those who are new to exploring, it’s easy to be swept away in the whirlwind of organised tours to the Spanish Steps, Coliseum etc…and there’s nothing wrong with visiting these chart toppers of tourism. If you’re looking for something more local, authentic, or seasonal, then look no further!