Visiting Italy during Easter is a truly entertaining and unforgettable occasion: folklore festivals and religious processions invade large towns and tiny villages from North to South. You will be surprised by the amount and variety of traditional events that go well beyond the famous and solemn Via Crucis that is typically broadcast live from Rome’s torch-lit historic center. So let’s explore some of these curious happenings together! 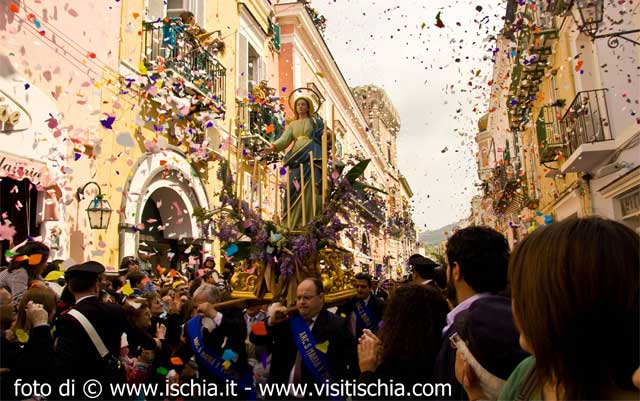 Let’s depart from the picturesque Valtellina valley in Lombardy, where the town of Bormio celebrates a tradition that is unique in the Alps: the Pasquali. The event mixes ancient pagan rites of the local Alpine pastoral culture with religious Christian concepts. The Pasquali is a joyous competition among the town’s five contrade (neighborhoods). The locals put their fantasy, flair and artisanal skills to the test by creating religion-inspired compositions that are carried on religious floats, paraded over the participants’ shoulders through the crowds.

The egg is one of Easter’s protagonists. Moving towards the center of Italy, we must stop in the small town of Tredozio near Forlì (Emilia Romagna), where the Egg Palio & Festival takes place! A traditional game is played where you must try to break the eggshell of your adversaries without breaking your own egg. You can also delight yourself by participating in the Giant Egg Fishing competition. Similar egg challenges take place elsewhere around Italy, such as Urbania (Marche) and Cividale del Friuli (Friuli Venezia Giulia).

On Ischia Island (Gulf of Naples), religion and folklore mix in occasion of the Angel’s Run that dates back to the early 1600s. The representation reenacts the encounter between the Virgin Mary and her Risen Son, and features two more participants: the statues of St. John the Apostle and the Angel. During the event, the Angel “runs” three times between Jesus and Mary to announce the resurrection, while the bells toll and the crowds chant the Regina Coeli and throw colorful confetti.

When we reach the villages of Civita and Frascineto in Calabria, for a moment you will think that you have stepped outside of Italy. Here you will encounter the Vallje, popular dances and chants by the Arbresh (arbëreshë) people of Albanian descent, who have preserved their lifestyle, language and culture throughout time. 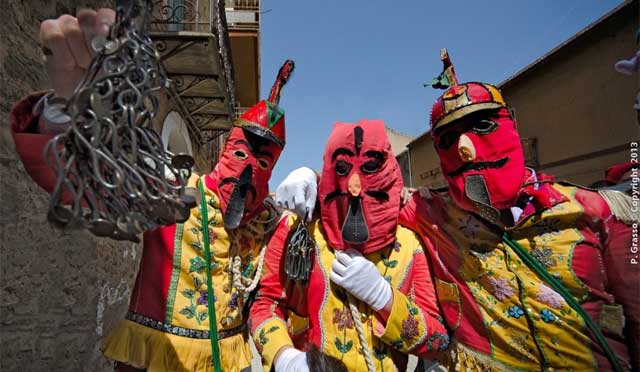 Sicily offers a ton of celebrations from which to choose! However, two of the most particular are undoubtedly the irreverent Festival of the Jews in San Fratello (Messina) and the Dance of the Devils in Prizzi (Palermo). The former involves countless local farmers and shepherds who dress up with a gaudy traditional costume that represents the devil. They play trumpets and make noise around town to celebrate the death of Jesus and to disturb the religious procession that instead commemorates it. Il Ballu di li diavuli (Dance of the Devils) is another unique blend of Christian and pagan beliefs, and features the characters of Death, dressed in yellow, and two red devils in ghoulish masks. They dance around death randomly snatching innocent onlookers and trying to avoid the statues of the Risen Christ and Mary, which free the imprisoned souls.

Delicious cuisine will accompany your Easter journey across Italy. Among the most popular and classic Easter dishes are the dove-shaped colomba cake and the rich pastiera napoletana. You also cannot miss the gourmet experience of tasting a made-in-Italy chocolate egg! 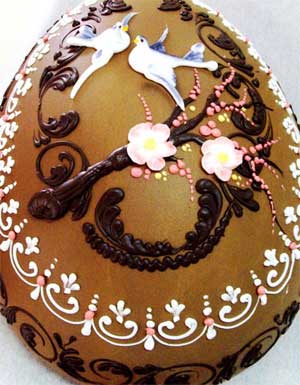 However, there are many more Easter specialties around Italy that are not very famous… but are just as delicious! Here are some examples:

Are you planning a Family & Friend Reunion in Italy? Let the team at Italian Special Occasions DMC inspire and help you! Contact us now for a customized quotation

Photo credits:
The Pasquali in Bormio, Valtellina. From notizie.valtline.it
Easter celebrations during the Angel Run, Ischia Island. From ischia.it
The colorful and mischevious devils of San Fratello – image by Pino Grasso
Egg with fine Italian chocolate and handmade decorations – image from lucianopignataro.it