Various Italian regions have embraced the art of pottery at different times in history, creating a rich artisanal treasure that goes from simple dishes to precious art objects and from rough tiles to magnificent paneling for lavish buildings. 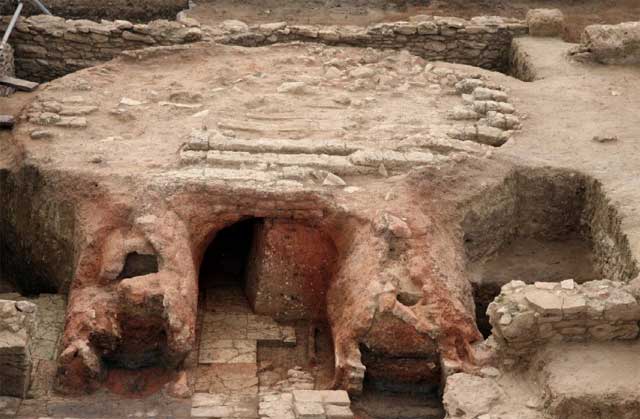 It is possible to admire the glorious history of this ancient tradition through the archaeological findings that occur regularly. Just some time ago, in late 2014, the largest industrial quarter for the production of ceramics of the ancient world was discovered in Selinunte, Sicily. Stretching for 1,250 square meters, it featured 80 kilns for the mass production of roof tiles and vases of every kind. It was operational from about 550 B.C., when the quarter was founded by the Greeks, to 409 B.C. when the Carthaginians conquered Selinunte.

Archaeological sites apart, we can discover the pottery heritage of local Italian artisanship through museums, workshops and small businesses. Let’s explore some of these beautiful attractions and traditions together!

Mondovì and Castellamonte have been Piedmont’s main pottery towns since the 1800s. The former is known mostly for decorating objects with landscapes, fruits, flowers, geometric shapes and pets by using quick strokes and glittery touches. The latter, instead, produces mostly stoves, chimneys and wall decorations with the typical local red terracotta. After the economic crisis of the previous century, Castellamonte found its own identity in this type of production, rediscovering a charming tradition that has made it one of the most important manufacture centers in northern Italy. 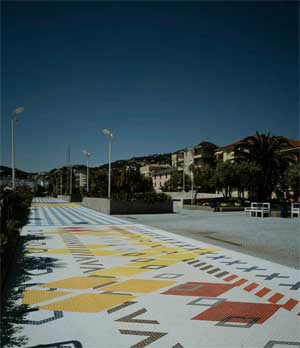 Moving towards the sea, the Ligurian town of Albissola used to have a number of kilns along the beach, proof of the local passion for pottery. One particular décor style for local ceramics is called “Antico Sovana”, characterized by blue color gradations on a white background, with ancient castles or mythological figures surrounded by floral patterns. You can breathe the town’s artistic spirit by strolling along the “Passeggiata degli Artisti”. This unique promenade was created in the 1950s and ‘60s by famous artists of the time, and is made of more than 20 panels with colorful, vitreous mosaic tiles.

In the 1700s, Venice incentivized the production of local pottery in order to reduce imports. The result is that today the region of Veneto has at least three important centers: Nove, Bassano del Grappa and Este. Highlights here include the traditional style of “Fiori Nove” featuring rich, baroque floral compositions; and the characteristic production of pharmacy jars at Bassano del Grappa.

We proceed towards the center of Italy, where – since the Middle Ages – the town of Faenza in Emilia Romagna has built its reputation by creating objects in gothic and oriental style first, and later by decorating pottery with Renaissance themes. For more, read our article called Faenza, the queen of maiolica ceramics.

In Tuscany, Impruneta was specialized in creating quality ceramics for urban decorations, including religious tabernacles to be placed on street corners. The artisans at Montelupo Fiorentino were inspired by Spain in their gothic decor, but they also specialized in the creation of the luxury items with the “zaffera a rilievo” technique, which features an embossed cobalt blue on a white tin-glazed ground. Sesto Fiorentino houses the famous Ginori (Doccia) porcelain manufactory, which was founded in 1737 and launched some innovative ideas under the artistic direction of architect and designer Gio Ponti in the 1920s and ‘30s. 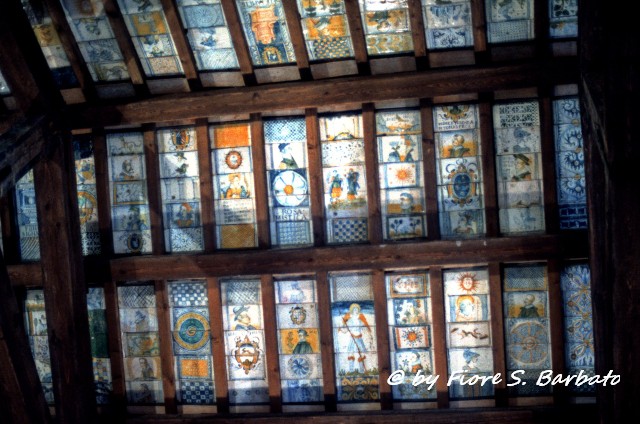 Abruzzo has an absolute protagonist in the pottery world: the town of Castelli. For centuries, the nobility of Europe collected its majolica, which was a favorite dinnerware of Russian Tsars, so much that one of the most valued collections of Castelli ceramics is now housed at the Hermitage State Museum in St. Petersburg! Not to be missed is the Church of San Donato, which holds a majolica altarpiece by Francesco Grue (1647), a medieval silver cross of the Sulmona school, and Italy’s only example of a ceiling tiled with majolica.

Let’s hop across the Tyrrhenian Sea for a moment and visit Assemini in Sardinia. Here, the “strexiaius” workshops create delightful terracotta tableware adorned with nature or geometric patterns, either embossed or engraved.

Back on the mainland, Cerreto Sannita, Vietri sul Mare, Ariano Irpino and Cava dei Tirreni are the pottery centers of excellence in Campania. The Great School of Maioliche Cerretesi reached its apex with the baroque style, although local artists experimented with a variety of techniques and colors that you can appreciate when strolling around town. Vetri sul Mare is particularly famous for its votive tiles, which mix religious and pastoral traditions, as well as for the pavement tiles called riggiole. 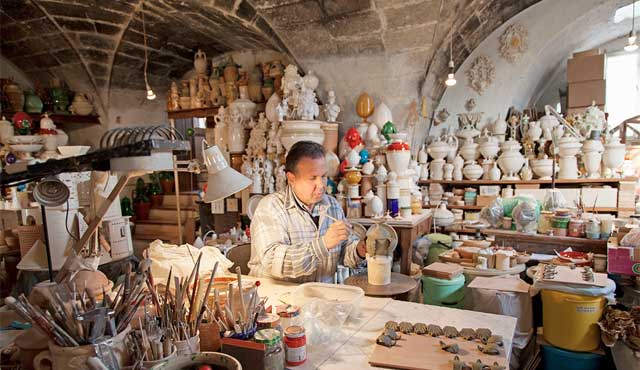 The production of ceramics in Puglia is ancient yet still thriving, also thanks to the rich quarries of red clay found in this territory. Apulia’s master artisans are located mainly in Laterza and Grottaglie. The former was already famous during the Magna Graecia period.  To fully appreciate the historic mastery of local artists in the creation and decoration of ceramics, simply admire the maiolicas that adorn some churches, such as the three-colored depiction of the Immaculate Conception in the Mater Domini Sanctuary. Grottaglie hosts a centuries-old quarter of ceramicists, who excavated their workshops in the rock. The town is particularly famous for the “Bianchi di Grottaglie“, made with white tin glaze without any other decoration.

We end our itinerary in Sicily, where we must stop in Caltagirone. The pottery tradition is so old here, that even the town’s name derives from an Arabic word meaning the Fortress of the Vases. Local ceramics have been used for centuries to decorate houses, parks, churches, streets and squares.  A visit to the Regional Museum of Ceramics is a must to appreciate the artistic value of Sicilian pottery and its evolution over the centuries. The town of Sciacca was already active in the production of ceramics at the time of the Norman domination. Local masters are to be thanked for the amazing tiles at Palazzo degli Aiutamicristo (1490) and the Duomo of Monreale (1498). Other important Sicilian centers of pottery production are Santo Stefano di Camastra and Burgio.

There are 30+ towns that have been awarded the Artistic & Traditional Pottery brand by the Italian Government. Towns and local artisans proudly honor their artistic traditions by organizing workshops and exhibitions.

For families and friends visiting Italy with the desire to enjoy an artistic and enriching experience, a pottery course or workshop is ideal. Not only does it put their skills to the test in an entertaining way, it also brings visitors closer to local traditions. Not to mention how fun and instructive it is for the little ones, if children are part of the group too!

Are you planning or dreaming about organizing a family & friend gathering in Italy? Put Italian Special Occasions DMC to the test! We’d love to hear what ideas you have, and help you customize your Italian journey