Umbria is a region where art, food, wine and history are protagonists. Its artists excelled particularly at painting, for example Renaissance painter Pinturicchio. Delicious food includes strangozzi pasta with local black truffle from Norcia, while the red Montefalco Sagrantino stands out among its wines. Historically, it was ruled by Etruscans, Romans, the Papal States and the Napoleonic Empire.

But there is one fundamental aspect that contributes heavily in creating a sense of social identity and that fires up Umbria’s local culture: its spectacular folklore festivals! Here are some of the most interesting events that you cannot miss when visiting this region in the heart of Italy. 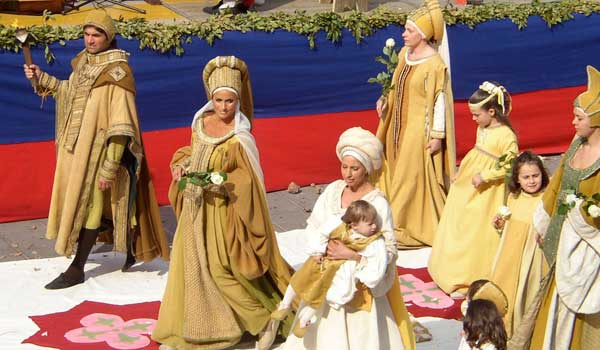 Calendimaggio: taking place in Assisi for three days starting from the first Tuesday in May, this majestic festival relives Assisi’s medieval life and customs. Ladies and knights sing love serenades and stroll by lovely alleys decorated with flowers, flags and torches, while the town’s historic neighborhoods challenge each other in traditional flag waving and crossbow contests. 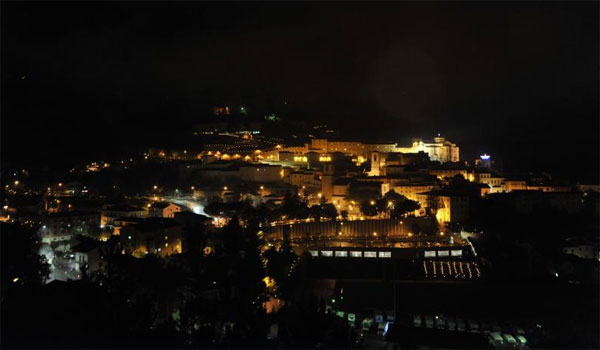 Santa Rita’s celebrations: on the 21st and 22 of May, the town of Cascia remembers St. Rita with a traditional Luminaria, featuring thousands of torches on buildings, along the streets and in the fields along the Corno River valley. A historic procession remembers the important moments of the Saint’s life up to the dedicated Sanctuary, where the traditional blessing of the roses takes place. 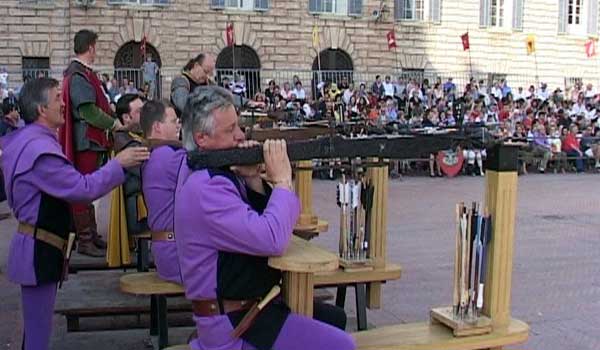 Giostra della Quintana: Foligno hosts this fun competition in June and in September. This event, that dates as far back as 1448, involves 10 competing knights (each representing the town’s neighborhoods) that, while riding a running horse, must insert their spear through a series of rings that become smaller and smaller. These rings hang from the hand of a statue representing Mars, the Roman god of war. A similar challenge takes place in Narni in late April or beginning of May. 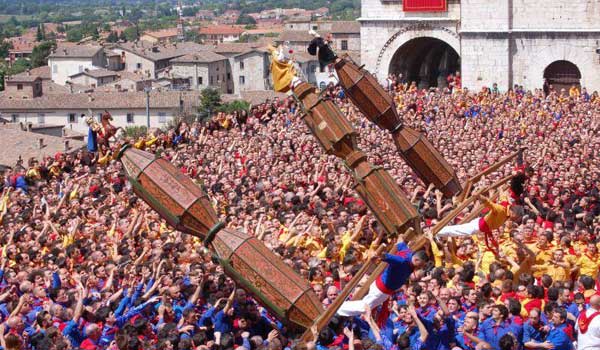 Corsa dei Ceri: this unique race takes place on the 15th of May in Gubbio. On this day, the statues of St Ubaldo, St Giorgio and St. Antonio Abate are placed on three tall, heavy wooden structures called Ceri, which are fixed on frames which the Ceri bearers carry on their shoulders while running wildly through the streets up to the Basilica of Sant’Ubaldo on Monte Ingino. At the end of the race, the runners and the public enjoy wine and food in Gubbio’s streets.

Palio della Balestra: on the last Sunday of May, Gubbio hosts a spectacular crossbow competition, preceded by a historic parade with banners, flag wavers, archers, where everyone is dressed up in medieval costumes. At the end of the challenge, the public celebrates in the town’s streets lit up with charming torches. 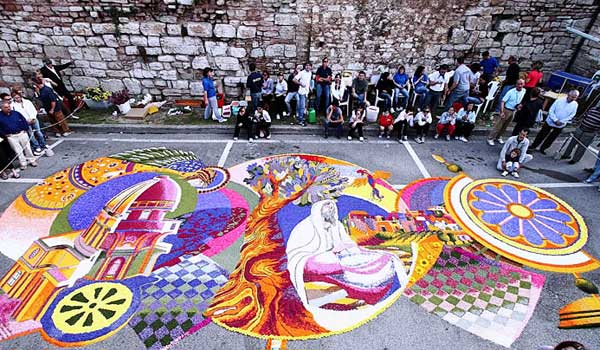 Infiorata del Corpus Domini: In June’s Sunday that follows the Corpus Domini day, the medieval town of Spello colors itself with thousands of flowers displayed along its streets and alleys, portraying liturgical scenes. The compositions are prepared with care for weeks, and on the day preceding the festival, they are laid like a carpet on the floor with aromatic herbs. At midday, a procession departs from the Santa Maria Maggiore Church and parades on the floral carpet.