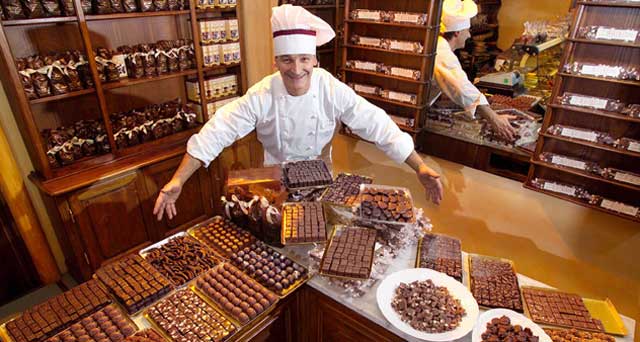 Chocolate is a top-gift contender for any special occasion. Italian chocolate, in particular, is a favorite for many – and for obvious reasons: ancient tradition, artisanal creations and selected ingredients distinguish the genuine flavors of Italy’s cocoa products.

An original gift idea for St. Valentine’s or for any other special occasion – such as a honeymoon, incentives trip or family reunion – is to enjoy a foodie break in the historic regions behind Italy’s finest chocolate production, and to join the most important events that celebrate this delicacy. 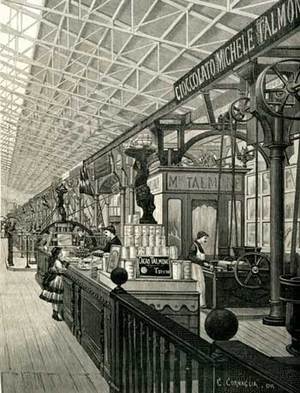 Turin has been one of the most important capitals of chocolate, not only in Italy but also at European level, since the 1600s. Here is where the very first chocolate house was opened in 1678 upon royal permission, and where machines were invented to work and mix the cocoa paste.

When the Napoleonic wars caused a shortage of cocoa, a Piedmontese chocolatier called Michele Prochet extended the little chocolate he had by mixing it with hazelnuts from the Langhe Hills. The result was the creation of Turin’s traditional chocolate called gianduiotto, named after Gianduja, one of the masks of the Commedia dell’Arte and symbol of Turin.

All major chocolate makers – such as Stratta, Talmone and Baratti – were born in Piedmont’s capital during the 19th century. Piedmont is also the birthplace of Nutella (Alba, 1964). According to legend, Pietro Ferrero casually invented the world’s most popular chocolate spread when the hot weather melted some of his gianduia cream.

The town of Modica is renowned for the local ‘Cioccolata Modicana’, characterized by an ancient and original recipe that gives the chocolate a peculiar grainy texture and aromatic flavor. The original Aztec recipe for Xocoatl (a cocoa-based drink) inspired this specialty during the Spaniards’ domination of southern Italy. 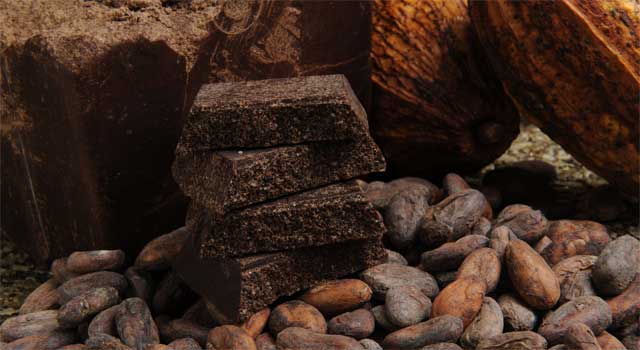 The traditional flavors of Modica’s chocolate are vanilla and cinnamon, as well as pepperoncino or hot chilli pepper, although you can find all sorts of flavors including nutmeg, white pepper and cardamom. The product is created with a particular “cold working” technique that leaves the organoleptic characteristics of cocoa unchanged.

The Bonajuto family owns Sicily’s most famous chocolaterie: the shop has been in the same spot in Modica’s city center since 1880!

Along your gourmet itinerary on the footsteps of Italy’s master chocolatiers, you can enjoy guided visits in historic chocolate factories. You will be able to learn about the heritage, the manufacturing techniques, and the impact at local and environmental level. Chocolate tastings will help you taste ‘the food of the Gods’ in new ways, appreciating all the organoleptic properties of cocoa. One of our favorite activities is to get our hands dirty and join an expert pastry chef in the creation of typical chocolate-based desserts! 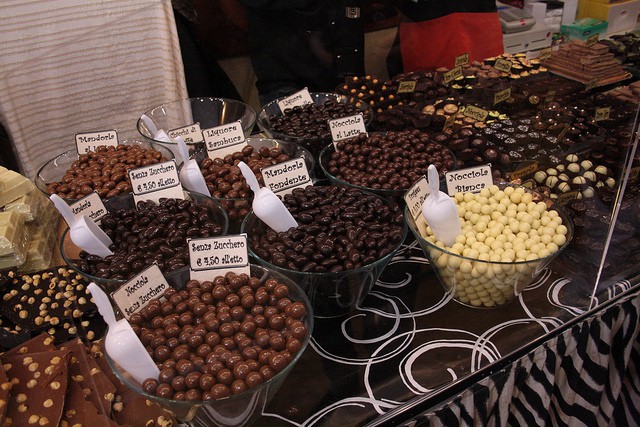 Every year, Italy hosts a number of events that celebrate chocolate. Let’s have a look at the main ones:

If you would like to join a chocolate gourmet itinerary around Italy, please contact Italian Special Occasions DMC for a customized quotation